I appreciated the discussion generated by my essay If, Why and How Founder-CEOs Should Hire a Professional CEO. A quick sampling of some of the more thoughtful reactions on the piece:

Hoffman’s essay speaks to a careful cultural shift that’s happening in the Valley. It’s pushing the pendulum away from the extreme “THE FOUNDER CAN DO NO WRONG!” cult of belief to an idea that all founders — especially first timers — need coaching and other skills. Sometimes that may mean investors who demand board seats. Other times, argues Hoffman, it may mean they are not the person to run the company. In both cases, they may have to cede control to grow the company.

…Perhaps ceding moral authority is something every founder has to face at some point, whether they stay CEO or not.

Great post by Reid Hoffman. Two parts stand out to me — first:

“So as it turns out, Ben was right. You always do want a Founder-CEO. But that person doesn’t always have to be the Founding CEO. Being there at the start isn’t the only path to being a founder. “Founder” is a state of mind, not a job description, and if done right, even CEOs who join after day 1 can become Founders.”

“More recently, Marissa Mayer joined Yahoo at the Lou Gerstner phase—everyone acknowledges that Yahoo! needs to be remade. While her success is far from certain, if she does succeed, she will be viewed as a re-founder, not just a management caretaker.”

I like the idea of a “re-founder”. It doesn’t happen often, but companies can be rebooted and brought back from the dead and I think the teams that do that (assuming it’s not the original founders) deserve a distinction equal to being a founder. I suppose “savior” works too, but it sounds too dramatic.

MG Siegler, of TechCrunch (a second time, channeling the 49ers):

… There are plenty of examples in tech of when a founder/CEO has been replaced at the top of the company. Most of the time, such moves happen when things are going badly. That’s usually the case with quarterback changes as well. But sometimes such changes do happen when a company is growing well, but the founders are deemed too inexperienced (Google, is probably the best example here). But that certainly wasn’t the case with the younger [Colin] Kaepernick replacing Smith.

Reid Hoffman had a great post last week about the hiring of “professional” CEOs at startups. He would know, as he stepped back from the top job at LinkedIn, handing the company over to Dan Nye (who in turn handed the company back over to Hoffman temporarily before LinkedIn finally found Jeff Weiner, who took the company public).

But LinkedIn’s history doesn’t translate to the Kaepernick situation either. As he explains, while the company was going and growing well, it was Hoffman himself who decided he wanted to bring in a CEO to replace him. He benched himself! It turned out to be a brilliant move in the long run, but that would never happen in football.

And, quite frankly, I’m not certain that Larry Page would be replaced by Eric Schmidt in today’s startup world. The current preference seems to be for founding CEOs, pretty much across the board. If a company is going gangbusters, would any investor/board member dare replace a CEO? It’s the same reason you never split two face cards in blackjack — you have a winning hand, why risk it?

A tip of the hat to Noam Wasserman as well — Noam is a professor who teaches an award-winning course on entrepreneurship at Harvard Business School. He’s done extensive research on the early decisions that founders make and is the author of the book The Founder’s Dilemma’s: Anticipating and Avoiding the Pitfalls That Can Make or Break A Startup, which I cited in the essay.

How to Think About Risk When Investing in Your Career
Leaning In at LinkedIn: Women, Work, and the Will to Lead 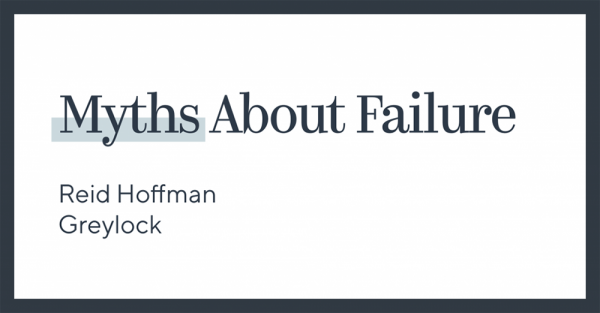 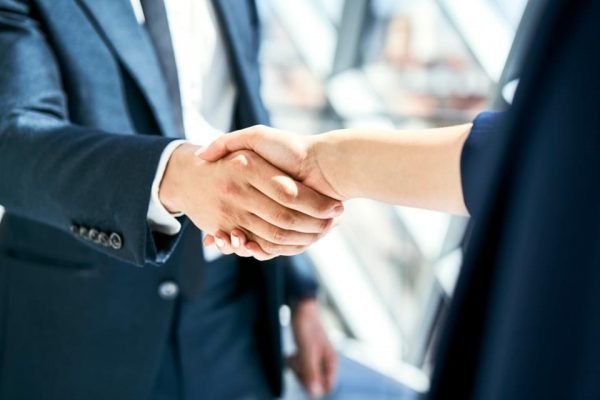 In Praise of Professional Venture Capital 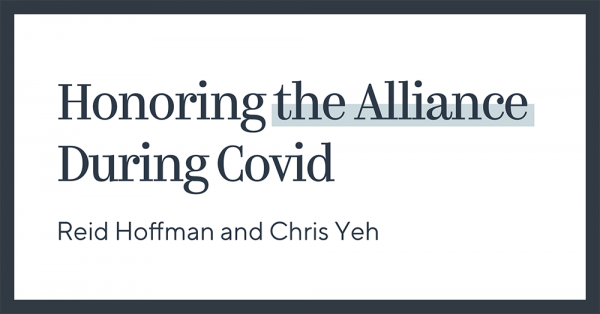 Honoring the Alliance During Covid